Finally, be strong in the Lord and in his mighty power.  Put on the full armor of God, so that you can take your stand against the devil’s schemes.  For our struggle is not against flesh and blood, but against the rulers, against the authorities, against the powers of this dark world and against the spiritual forces of evil in the heavenly realms.
Therefore put on the full armor of God, so that when the day of evil comes, you may be able to stand your ground, and after you have done everything, to stand.  Stand firm then, with the belt of truth buckled around your waist, with the breastplate of righteousness in place,  and with your feet fitted with the readiness that comes from the gospel of peace.  In addition to all this, take up the shield of faith, with which you can extinguish all the flaming arrows of the evil one.  Take the helmet of salvation and the sword of the Spirit, which is the word of God. Did you notice that we are only given one weapon and everything else is for protection.  The word of God is your most powerful weapon- the Sword- it is all we need, yet we are told to be fully protected and ready for strikes at any time, anywhere.
You are the devil’s enemy. We must always be ready, alert and prepared for battle. Be Strong in the Lord and the Power of His Might.  Through scripture, we are given information on our enemy, his tactics, his wiles, schemes, plans, motives, weapons.  The devil knows he has little time left and Revelation 12:12 says “he has come down to you in great anger”, but Praise God! For the Lord has made it possible that we can be more than conquerors through Christ Jesus. 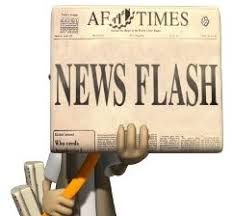 YOU HAVE AN ENEMY

1 Peter 5:8 Tells us to STAY ALERT!  Watch out for your great enemy, the devil. He prowls around like a roaring lion, looking for someone to devour. Stand firm against him, and be strong in your faith. Remember that your Christian brothers and sisters all over the world are going through the same kind of suffering you are.
John 10:10 The thief’s purpose is to kill steal and destroy. He hates you and wants you cut off completely from God forever.

Always be careful and alert. Put on your armor, praying always and have his praise continually on your lips. God is good! and his Mercy endures forever. Amen.

warrior annointing “If I were satan”

A voice in the wilderness

Be of good courage