These are 2 dreams I had that I believe were about my church. Not sure if I’m posting it for a read, for insight or just recording what’s on my mind.  Whatever it is, here it is…..

A few years ago, I dreamt my pastor left the congregation and then soon afterward he announced he was leaving. In early 2019, I dreamt that a new young captain was assigned to huge cruise ship that we were all on, he was young and inexperienced and was getting all his orders from London and the goal was to lead us all to death.  Within weeks of my dream, a new young pastor arrived, and come to find out, he was send to London to a church conference, flying first class – 14K$

In my large church, we had a restaurant upstairs so in my dream, I had entered a large room similar to the church restaurant. Everyone in the entire church was sitting at tables talking and laughing and having a great time of fellowship. The room was not lit up well, very dark. As I walked in, I started to say hello to the people I knew but I noticed that every person was sitting on an open toilet. Everyone kept inviting me to sit with them but I kept refusing because I thought it was disgusting to sit on an open toilet in public. As I continued to say no to everyone, they got angry with me. They started being very mean, aggressive  and accusing me of thinking I was better than them, this went on table after table that I walked by. Suddenly, I had to use the restroom, I thought, there is no way I’m going here at a toilet at a table with people where we eat.  I pondered what to do. I remembered the Pastor had a house, huge mansion, next door, I would try to sneak in to use his bathroom.

I snuck into the Pastor’s home. It was beautiful, lit up, white marble floors and chandeliers full of light. I found the bathroom to the left of the front door and surprisingly it was like a public restroom with 3 stalls in it. It was white, clean and pristine.  As I walked in, I looked out a window to my right. I saw an old white pick up truck drive in and park. It was  loaded with what looked like Samali pirates with machine guns, the back of the  pick up truck was packed with the men and they started to jump out towards the front door. I heard the pastor say to his wife “We need to let the congregation go or they’ll kill us , maybe kill all of us, we need to let the people go now! We can’t let them know!”

I quickly ran back to the people sitting on the toilets and started telling them to get out! get out! This isn’t a stationary church, but it’s a moving train and if you don’t get off now, it will be too late! I frantically warned everyone, but no one listened. The more I warned, the funnier everyone thought it was. Then I stopped and pointed at the window. I said look, it’s too late, we’re already moving.  We’re  heading south.” My dream ended.

The Pastor soon announced he was leaving, the church was sad, and now as gossip goes, just this week I heard he was pushed out but I don’t know if that’s true. It’s just what I heard.

It seemed like it was a long long time that our church went without a pastor, we had a fill in pastor who is local and mostly well liked by everyone in the community. The church has a pastoral committee who supposedly was searching and I’m rolling my eyes as I write this sentence. So early 2019, I had dream that shook me up so much, I was borderline having my first panic attack because the dream was so frightening and real to me. The dream hasn’t left me and it continually pops in my head, even a year later.

There was a huge ship that I was on. I had been living on it all my life. I knew my way around the ship, I knew the laws for safety, I knew how the ship ran, I knew almost every part of the ship and how it worked, how to keep people safe and how it operated. I was close to the captain- as a family member because he had taught me all my life the things I needed to know.  We were on our regular course but for some reason needed to be rerouted. The captain was growing old and headquarters wanted him replaced with someone young, I’m guessing because a new young captain came to rule and run the ship. At first I was happy and looking forward to the new captain, but as he began to run the ship and talk to people, I kept telling him that everything he said was not right. He led the people through the dark bottom part of the ship showing us the engine room, electricity room and so on but he wasn’t leading us correctly. I continually pointed out all his errors but he ignored me. I remember telling him ” You’re not leading the people with a light, they are going to get hurt. You need a light to lead them through the darkness” He would not listen to me and continued to lead the large mass into the darkness as if they could see. He wasn’t like the old captain who knew how to run the ship. I began to worry as I saw more and more things going on that weren’t right for the people.

Then he was given orders to head back to headquarters – higher up-and drop everyone off at an island while the ship was  rerouted so we didn’t have to take such a long voyage and we could relax on the island until he picked us up. He was told to tell us the island was a safe place for us to stay and he’d be back to get us shortly. The young captain was getting his orders from another authority but didn’t tell anyone. He pretended he was the one in charge, but behind him were other authorities.

We get to the island and the captain tells everyone to get off the ship, the people are happy and eager to trust the young captain and he seems confident as well. I get off the ship and quickly do a run of the island to see what’s there. I see skeletons, skulls and different degrees of dying bodies, death, decay… and I notice there is no food or water on the island.  The ship is starting to sail off and I quickly run back and call for the ship to let me back on. I get back on and I tell the captain ” Are you trying to kill us? I don’t know what your up to, but we will die here. If your trying to kill us, I guess you’ll have to kill us on the ship because I’m not dying on an island” He gracefully and friendly welcomes me back on board and we head north to headquarters – seems like It’s in England that we’re heading to- and where he is getting his orders from. But again, no one knows he’s getting orders from another place except for me, because for some reason, I can see it happening.

We sail on and the leaders for headquarters are on the ship. Suddenly we’re on a new boat with same young captain but new high authorities were there behind him. They spoke very positively to us so everyone was comfortable and confident that they were leading us the right way and in safety. They soon told us that they had assigned rooms to all of us and we needed to slide down a short chute to the floor below to get our room assignment. What seemed like hundreds or thousands lined up behind the 4 chutes that we had to slide down to get to our room.

I saw my husband quickly jump and slide down the 3rd chute, I was first in line for the first chute, I saw him mention to my daughter to slide down after him so I watched her jump in also. I quickly jumped in behind her so I could be with them.

I began to slide down quickly, but I was sliding for a while. I tried not to panic. It was like being stuck in a dark mri. I realized this wasn’t going to the floor below. I was too far down to even communicate with people above me or warn theme. My children were below me and hundreds of people had jumped in the chute above my head. The chute got tighter and I could barely move. I couldn’t move up, I knew a line of people were on top of me in the chute. I had to inch my way down as it got tighter and tighter. I was trying not to panic as I was tightly packed in darkness, soon after much time of inching my way down I felt water at my feet. I was being sent to my death along with my family and everyone in boat.

The captain and his cohorts had lied to us, they smiled and acted like our best friends but their intent was pure wickedness. 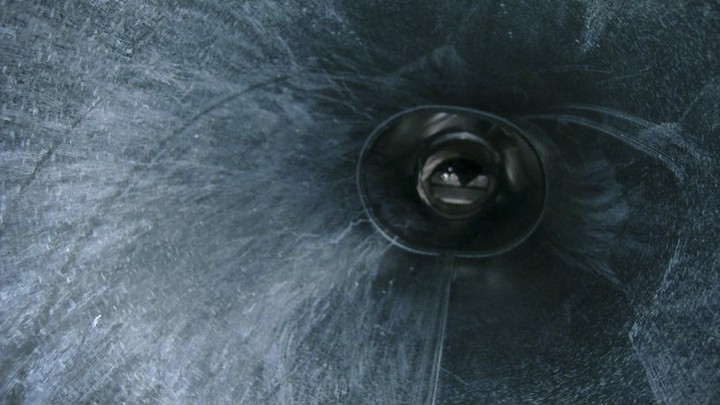 I woke up from the dream scared out of my mind. I felt so close to terrifying death. That morning was Sunday and I headed off to church to my bible group. I kept having to step out of the study room (8X) because my mind kept reliving the same feeling I had in the trapped chute. My mom prayed for me later that day and all my panic and fear left me.

Soon afterward my dream-within a month, it was announced that a pastor had been selected. A new young pastor and his family were hired by the pastoral committee. It’s been a year since he’s been on board and he’s turned the church upside down, fired almost everyone, changed our groups, kids events and everything about it including things we had going on for at least 50 years. I know a lot of horrible things that have gone on behind the scenes in the last year , but I have kept silent (is it gossip? is it hearsay? Is it true?) and now a petition is out to oust him.

what is going on?

The church situation in the world is pathetic. It’s a big business, money making machine with unseen puppeteers.

I told a friend of mine about this dream last year and she sent me this article that was interesting:  Warning Dream for American Church: Beware the Capsized Ship

One thought on “A dream about my church……..”