Do the years spent in the Wilderness represent our Generation since Adam?  Does  the 40th year represent the time frame of Jesus’s return (our promised land)? ( if it does, we can expect the Lord to gather us up before the year 2089. Being that 1952-2089 is the 40th year. read on….)

Yes, I know no one can predict the Lord’s coming- but I know He is coming soon.  I was reading today and suddenly I had an explosion of thoughts and math equations as I was reading Deut. 12.

So, I’ve been reading Exodus, Leviticus and Deuteronomy and really enjoying it, however it’s taken me a while because I think and study and wonder and search out everything I don’t understand.  Moses is now reminding the people of all they’ve been through, all the Lord did and preparing them to enter the Holy Land. I’m reading, I’m reading and then I start to think- this whole wilderness stuff reminds me of our lives. Sure, we have a lot to be thankful for and I really don’t consider myself to be in the wilderness- However- I do have a hope for what lies ahead, just like the Israelites hoped for with Promised Land, we all hope for what lies ahead after this life. Don’t our bodies groan for that glorious day? Hasn’t the Lord told us of the new Heavens and Earth Prepared for us? We are traveling along in this world waiting to get there, right?

Stay with me! In the Jewish Calendar it is the year 5772- then we are coming to the end of the 6th day, being the last day actually begins at 6000 to 7000. Notice that Moses and the Israelites were also near the last hour of the 6th set of years, or could we say end of the 6th day, but not at the exact end, which would have been 42 years- they didn’t enter in at exactly the 40th year – but near the end of the 40th year. There was a short period of time before the 7th ( or the 42nd )started.

Anywho, based on calculations and if the time in the wilderness represents in any way the time of our generation on earth, then the beginning of the “40th year” would be represented by the Jewish year 5714 or around the early 1950’s and since they entered in later in that year, (It’s interesting that Israel became a nation around that time) I figured it would be a number before the 41st year – if it were a representation of the 41st year would be 5851. So I end this with : if the time in the wilderness represents our time in this generation and the same time we will be taken to the hope that has been promised us, it will be sometime in the “40th” as it was with Israel, on the Jewish Calender it would be between 5714 and 5851, in our calendar that would be 1952- 2089-so sometime in this time frame. (+ or – 2-3 years)

I’ve always thought, that we were in the last hours of the 6th day, being the year 5772 and knowing that 1000 years is as a day to the Lord. So today I’m wondering something new about this.

And you know what else! I was reading Mark 15 and wondering about the 6 hours the Lord was alive on the cross. He released his spirit in the last hour. Of course my mind wandered- why couldn’t he have died earlier? Why did he stay there for 6 hours? Why couldn’t he have released his spirit earlier, or couldn’t he just hold his breath and pass out and die? I just wonder if that last hour, the 6th hour, was for this 6th day we are living in? Did he stay there one more hour, one more minute, knowing it was for a generation yet unborn? For this last generation we are living in- this last hour we are living in? I wonder if He was there in that 6th hour paying every bit of our sins— for you, for me and for those who had not yet even been born. He took the punishment we all deserved.  But why did He have to suffer for 6 hours? Was He there for each generation- all 6000 years of us- an hour for each 1000 years- so he endured the pain because of His love and His Father’s Love for us.

Well, if you’ve read this far, thanks! and I hope you don’t have a headache. Remember!!!! I’m not saying when the Lord is coming back, I’m only saying…IF in any way the 40 years represents us then this time frame of 1952-2089 is our 40th year- our last year before the promised land.

“So we keep on praying for you, asking our God to enable you to live a life worthy of his call. May he give you the power to accomplish all the good things your faith prompts you to do.  Then the name of our Lord Jesus will be honored because of the way you live, and you will be honored along with him. This is all made possible because of the grace of our God and Lord, Jesus Christ.” 2 Thes 1

I heard these words while I was praying. I did not add to them, I did not take away from them -except for some things directed at me specifically and answers to questions I had asked. Let the Holy Spirit speak to your heart as you read. 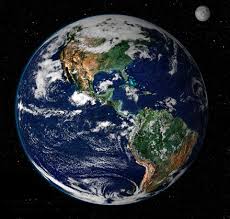 The Earth and all that are in it are mine, saith the Lord
Their ways are perverted and they refuse to listen.
I am the Holy and Powerful God
There is none like me
None before me
for I AM

For My people are rebellious and refuse to listen
and I said
“Lord, won’t you soften their hearts?
Will you open their eyes?
Will you let them see?”
And I heard:
They see, but do not
They hear but won’t listen
I call, but they turn

There will be a great upshaking
For the Lord is a consuming Fire
A great Blaze is HE.

Look! The Lord comes!
Weep you people!
Cry out quickly!
before your time has run out.

The heavens are His Mighty Throne
and the Earth is his footstool.
He will slam the nations with His feet (I saw wrath poured out)
for the whole world has started to turn from Him.
They have turned their back on Him
—and to the churches- How are you reaching the How are you  lost?
Are you bringing them in?

You come to my house and raise your hands
but you must gather as many as you can.

2012
Though the winds come
You shall not fall
For I am with you
I am your God
I am Holy
Come with trembling fear and reverence before Me
for no one understands
No one is wise
Do they know who I am?
I am the all powerful God
My lightning flashes throught the sky
and my breath breaks the mountains
I am furious with my people
Who in all is wise?
Who knows Me – The Lord God Almighty
For I am about to do something new in your day
that you would not believe if I had told you.

Are you angry Lord?
My wrath is boiling over
Lord, I’m sorry, I stand silent

Lord, why does your wrath boil over?
For My People have rejected Me

What shall I tell them?
Tell them I love them

Listen, Obey the Sabbath
I still love you
You shall walk across the waters and you shall not be afraid
Don’t you know how much I love you?
Tell me Lord so I understand
Among all the earth I see you and listen to you
I hear your cry and see your tears
All the earth and Heavens are Mine
I can make the Earth Quake with a blast of my breath
Yet I am genle witht my hand reaching out to you
Powers of the enemy are coming down
Strong because they know there is little time left
The children, the children, the children
My children need to know me