As I read through the Old Testament and the book of Jeremiah, I feel like I’m reading about my own nation.  Judah and Israel had forgotten the Lord their God. They had begun as a strong and Powerful nation. Their adversaries had seen and feared the Power of God as He watched over them as He would the apple of His eye. Israel grew powerful, wealthy…..and it seems…lazy. The mighty nation began with King Saul and then King David ruling over the land but as evil and wicked rulers began to take throne, the nation began to fall deeper and deeper into sin. They soon forgot their God. 400 years later the nation was destroyed.  Every person was led to one or more of the following: captivity, sword, curses, troubles, pestilence or famine.  The scripture also mentions many times that the land falls under a curse for the sins of a nation. Look around with our crops dying and animals dying – could all this be a curse on our land for our sins? Time after time  the people were warned, time after time they were called to come back but they did not listen nor did they heed the words.

Many may think ‘I remember God’ or ‘I know God’, but it’s more than that.  He wants us to know and understand Him. He wants us to love Him and search for Him with all our heart, mind and soul. Jesus said that if we love Him, we will obey Him.  How can we obey Him if we have made our own rules or made our own gods to fit each one of our lifestyles ? How can we love Him if we don’t bother to know His laws and His ways? If we show love to God by obeying Him and Honoring Him, we must always stay in the Word of God, studying and seeking His way.  The Lord says “Is not the Lord a God at hand and a God afar off? Can anyone hide himself in secret places so I shall not see him? Do I not fill heaven and earth?”

I saw this truck the other day and the “ONE NATION OF A FORGOTTEN GOD” is what really struck me. (and fyi: I have no comment on welfare opinion expressed here-I’m not going there)

Even though the nation had crumbled and the land was under a curse because the people had forgotten God, there was still a remnant of believers and those who honored Him. The Lord knew those that were His. His hand of protection was upon  those who loved and feared Him.  When Judah was brought captive to Babylon, the Lord made sure they prospered even in captivity.  He promised to return them to their land after 70 years.

Have we forgotten the Lord? Can we turn back? We can and it is possible, but it will take everyone of us turning back to Him with humility and a repentant heart. My prayer for this country is that the Lord will rise up the righteous voices and the wicked would be silenced. No longer can I ask forgiveness for our country because we keep on in our wickedness! The innocent blood we have spilled cries out to him, He weeps for the children who do not know Him.

O Lord, let the voice of Your people rise up and be heard.  Let the voice of the wicked be silenced.  Let our children know you again that we would serve you and glorify your name. May every knee bow down and every tongue confess that Jesus is Lord. Amen.

Throughout the book of Jeremiah the Lord tells the people what He wants:

Beware of false messages:   In Jeremiah 28 the prophet Hananiah and Jeremiah were proclaiming God’s word but Hananiah had mixed the message. Hananiah stole words from Jeremiah, used twisting truth and lied in God’s name. Jeremiah spoke out warning and doom, Hananiah spoke out no warning, only blessings ahead. Of course, Hananiah’s word sounded much better, but He was lying to gain favor with people. Jeremiah said many prophets have come proclaiming warning and disaster but the prophet who comes proclaiming tidings and good things ahead – him you believe after you see it come to fruition.  So if you hear a warning – heed it and listen. If you hear someone say that your world will turn into peachy money mountains, don’t believe it until it happens. It reminds me of a tv preacher who came to a local church. He had the congregation standing up chanting “money is mine” and “wealth is ahead” in Jesus name. He continued the chanting as the congregation got excited as they chanted his prophecy over new cars and houses. That would be an example that Jeremiah is trying to tell us- don’t believe these words until it happens. Heed warnings.

Those words were difficult to write. They may be difficult to hear also. Imagine how difficult it must have been for the people to listen to the warnings Jeremiah sent out. Will you listen?  It’s easy to point the finger at others with so much wickedness around us, but have we stopped to check our own heart? Often times, if not every time, the Lord reveals things in my heart that I was unaware of.

Dear Lord,  Examine me, O Lord, and prove me;Try my mind and my heart. Search me, O God, and know my heart; Try me, and know my anxieties;  see if there is any wicked way in me, And lead me in the way everlasting. In Jesus name, Amen

The priests did not say, ‘Where is the Lord?’ And those who handle the law did not know Me; The rulers also transgressed against Me; The prophets prophesied by Baal, And walked after things that do not profit. Jeremiah 2:8

They refused to know God so punishment was ahead:

The people taught their tongue to lie and had wearied themselves in their sins. The teachers and priests taught deceit and they refused to know Him; “Through deceit they refuse to know Me,” says the Lord” …. Shall I not punish them for these things? Shall I not avenge Myself on such a nation as this?” vs 5-9

Give glory to the Lord your God Before He causes darkness, And before your feet stumble on the dark mountains,And while you are looking for light,He turns it into the shadow of death And makes it dense darkness.But if you will not hear it, My soul will weep in secret for your pride;My eyes will weep bitterly And run down with tears, Because the Lord’s flock has been taken captive.  jer 13:16-17

Why do My people say, ‘We are lords;We will come no more to You’?
Can a virgin forget her ornaments, Or a bride her attire?
Yet My people have forgotten Me days without number
you have taught the wicked women your ways.
Also on your skirts is found
The blood of the lives of the poor innocents.
I have not found it by secret search,
But plainly on all these things.

Yet you say, ‘Because I am innocent,
Surely His anger shall turn from me.’
Behold, I will plead My case against you,
Because you say, ‘I have not sinned.’
Why do you gad about so much to change your way?

How long will this be in the heart of the prophets who prophesy lies?
Indeed they are prophets of the deceit of their own heart,
who try to make My people forget My name

Surely, as a wife treacherously departs from her husband,
So have you dealt treacherously with Me
For they have perverted their way;
They have forgotten the Lord their God.

“Return, you backsliding children,
And I will heal your backslidings.
if you say in your heart,
“Why have these things come upon me?”
For the greatness of your iniquity
Your skirts have been uncovered,
Your heels made bare.
Can the Ethiopian change his skin or the leopard its spots?
Then may you also do good who are accustomed to do evil.

Because you have forgotten Me
And trusted in falsehood.
Therefore I will uncover your skirts over your face,
That your shame may appear.
27 I have seen your adulteries
And your lustful neighings,
The lewdness of your harlotry,
Your abominations on the hills in the fields.
Woe to you, O Jerusalem!
Will you still not be made clean?” jeremiah 13

“Because My people have forgotten Me,
They have burned incense to worthless idols.
And they have caused themselves to stumble in their ways,
From the ancient paths,
To walk in pathways and not on a highway,
To make their land desolate and a perpetual hissing;
Everyone who passes by it will be astonished
And shake his head.
I will scatter them as with an east wind before the enemy;
I will show them the back and not the face
In the day of their calamity.” Jeremiah 18 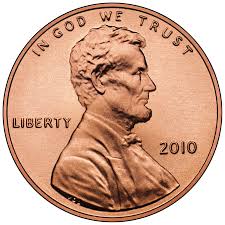 ‘Because you have forgotten Me and cast Me behind your back, Therefore you shall bear the penalty of your lewdness and your harlotry.’” Ezekiel 23:35

Arise, O Lord,Do not let man prevail;Let the nations be judged in Your sight.Put them in fear, O Lord,That the nations may know themselves to be but men. Oh, let the wickedness of the wicked come to an end, But establish the just;For the righteous God tests the hearts and minds. Amen